The extraordinary journey that Bobby Avila Sr. has taken from childhood through the teenage years, and then on through adulthood. The beginning of Bobby Sr.'s “seeds,” starting with two beautiful daughters, Elaine and Arlene, and then two sons, Bobby Ross Avila & Issiah J. Avila—who were both musically gifted. The passion that Bobby Avila Sr.’s father, Rosario, had for music that was passed on to him. and then onto his two sons who are known today as The Avila Brothers. Those are the seeds that Bobby Avila Sr. planted; the tools he gave his sons, along with the influences that music had to offer. They continued to grind and carry their passion, and have taken it to another level by becoming the only Latinos to ever receive Grammys in the Urban category. That is history for the record books. The seeds were definitely watered.

History was made for the two incredible sons of Bobby Avila Sr., so let me take you on a journey:

The Avila Brothers made history by becoming the first two Hispanic-Americans to be awarded 2 Grammys in the Urban R&B category in 2008 for producing the song, Disrespectful from the 2007 album, "Funk This" by Chaka Khan featuring Mary J. Blige. The Avila Brothers continued to uphold history by receiving yet another Grammy in 2011 for the album "Raymond v. Raymond" by Usher, as well as producing six songs on Usher’s 2004 album; Confessions, which won Usher a Grammy for Best R&B album of the year.

Check out The Avila Brothers album, The Mood: Soundsational, with more to come.

During 1957, Bobby Avila Sr. lost his father in a tragic car accident. Struggling with the loss of his father, one day in 1958, Bobby had gone to the store and right across the street was the record shop, Alvin's Records. Bobby heard singing coming from the shop and felt so magnetized to the sound that he strode over, and that was when he met the man who would become his mentor; singer Joe C. Jones of The Pentagons. Bobby and Joe became great friends. He really looked up to Joe and felt that he had one of the greatest voices of all time. He told Joe, “I know what I want to be. I want to be just like you.”

In 1973, Joe introduced Bobby to Lee Silver. Lee teamed up to become partners with Bobby in 1989 and taught him so much about the music business. “Lee was always like a father”, Bobby has stated.

His heartfelt message to Joe and Lee is: “I’ll love you guys forever for the passion you shared with me that sent me on the right path in the business of music and entertainment. Much love!”

Must Listen to this Romantic Song

I believe this to be one of the greatest doo-wop songs ever.

In the 70’s, Bobby Sr. did back up on a performance of the song 16 Candles by The Crests, The Coasters, Bobby asked them if they had ever heard of Joe C. Jones of The Pentagons. They said, “Are you kidding? We were performing in Philly and Joe and The Pentagons opened up. Nobody wanted to go on the stage after hearing him sing. He blew the roof off the house!”

Bobby Avila Sr.’s history in music began in the mid 1960’s, in East Los Angeles, at the age of 15. Before attending James Garfield High School, he joined a group called Shaggy and The Superiors. He was taught how to play bass guitar, by Adrian Guevara, longtime friend, who took Bobby off a park bench and took him home. Since then, Bobby Sr. has had his own successful groups throughout the years. Bobby has always felt so grateful for Adrian's friendship and his compassionate heart and gave him a future that was designed by God. God definitely brought Adrian and Bobby together for this very purpose.

Another mentor who took him to the next level of performing was, Lil Ray Jimenez, along with those who inspired him, such as: James Brown and Michael Jackson; as well as others who he performed with, or shared stages with, like: Lil Ray & the Progressions, Willie G. & Midnighters, VIPs AKA El Chicano, The Salas Bros. AKA Tierra, Cannibal and the Headhunters, Mark and the Escorts, The Blendells, The Exotics, The Ambertones, The Enchantments, The Blue Satins, The Emeralds, The Atlantics, The Mixers, and the last group Bobby played in was, TC & Friends; which included band members: Bobby Sr., Jimmy Hughes, Kenny Roman, Robby Shrieves, and David the bass player out of Azusa CA. When music changed, so did Bobby. His groups continued from the 70s until 1988 when he decided to move forward on his sons’ careers.

Below are some of the groups Bobby played on the same stages with, and are also who inspired him to pursue his journey. However, there was one entertainer that he really stood out to Bobby, and who he looked up to. That entertainer was, Little Ray: East L.A. Superstar of the 60s. It was Ray who encouraged Bobby to be the performer that Ray was.

Bobby went on to be a successful band leader and entertainer, performing in Las Vegas and in major hotels and clubs. Bobby has said that his future in music and entertaining was because Joe C. Jones and Ray, and that all of the great musicians and other influences from back in the 60s played a major role in his and his sons’ success.

This is where it started: life and music 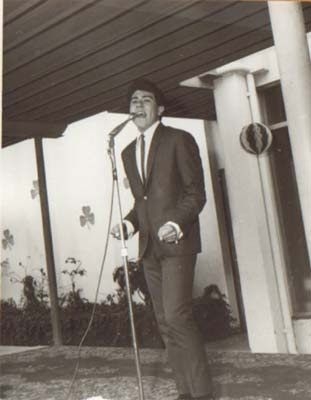 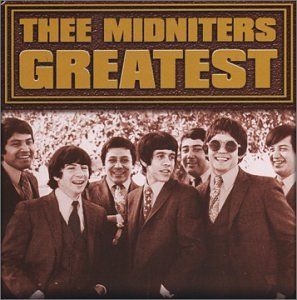 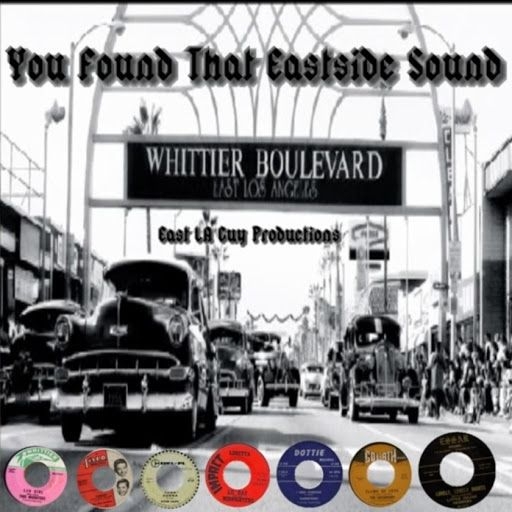 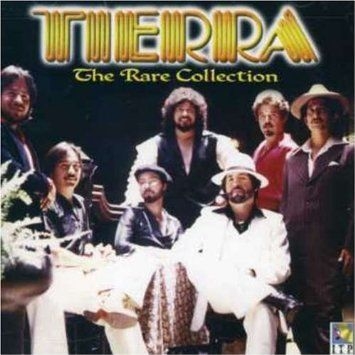 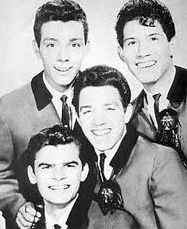 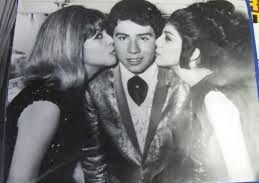 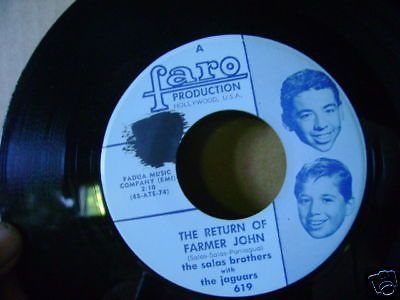 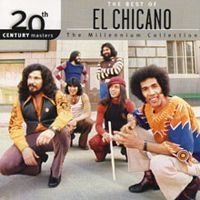 Mark & The Escorts: Mark Guerrero is the son of the innovator and Latin American Music Historian, Thee Lalo Guerrero. He is a great friend of Bobby Avila Sr. The two met in Gym class while attending James Garfield High School. At the time Bobby Sr. was living in the streets off and on, and one day Mark noticed that Bobby Sr. looked pale and weak, and asked him if he was okay, and if he had eaten anything. Bobby responded, “No, I haven't eaten for a few days.” And Mark took him to his home and fed him. Since then they have been great friends. Mark is still playing music and performs throughout Palm Springs where he lives as well as performing throughout the country. Mark also has a website and interviews groups and artists. He has kept the East Los Angeles legendary groups alive, and has also been honored for his achievements. The Grammy Museum placed his song and lyrics, I’m Brown into the museum. Mark and Bobby experienced one of the greatest eras of all time in the 60s. You can check out all of the many groups from the era above as well as on Mark's website: www.markguerrero.com

The Great Opportunities God Gave Bobby Sr.; A dream of a life time. 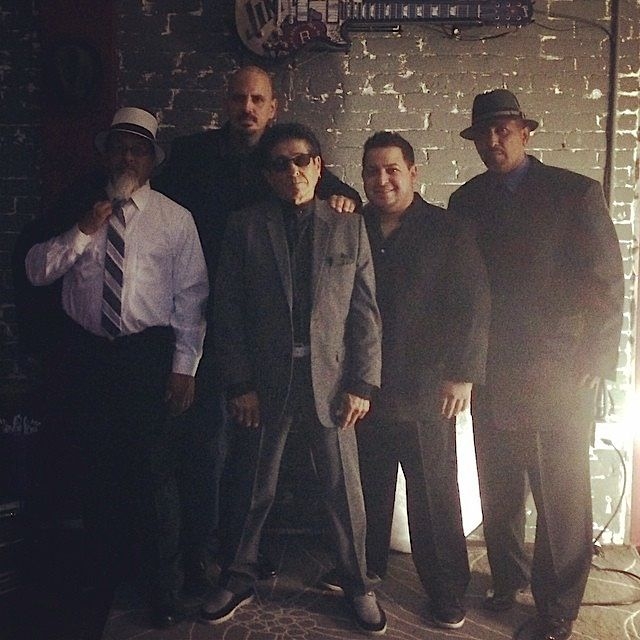 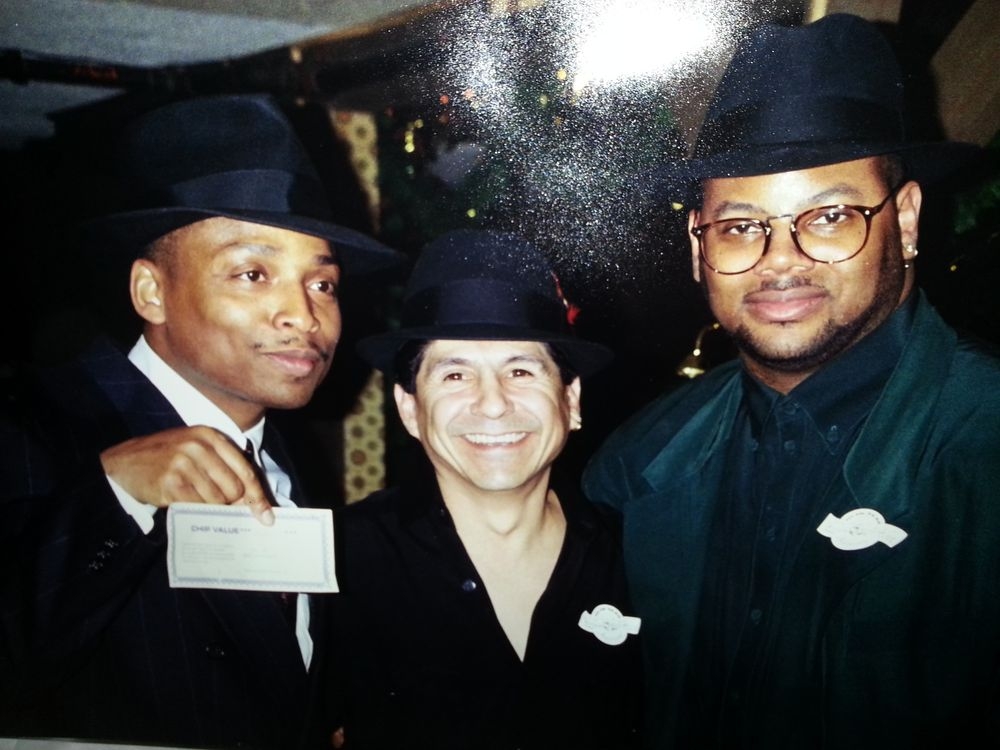 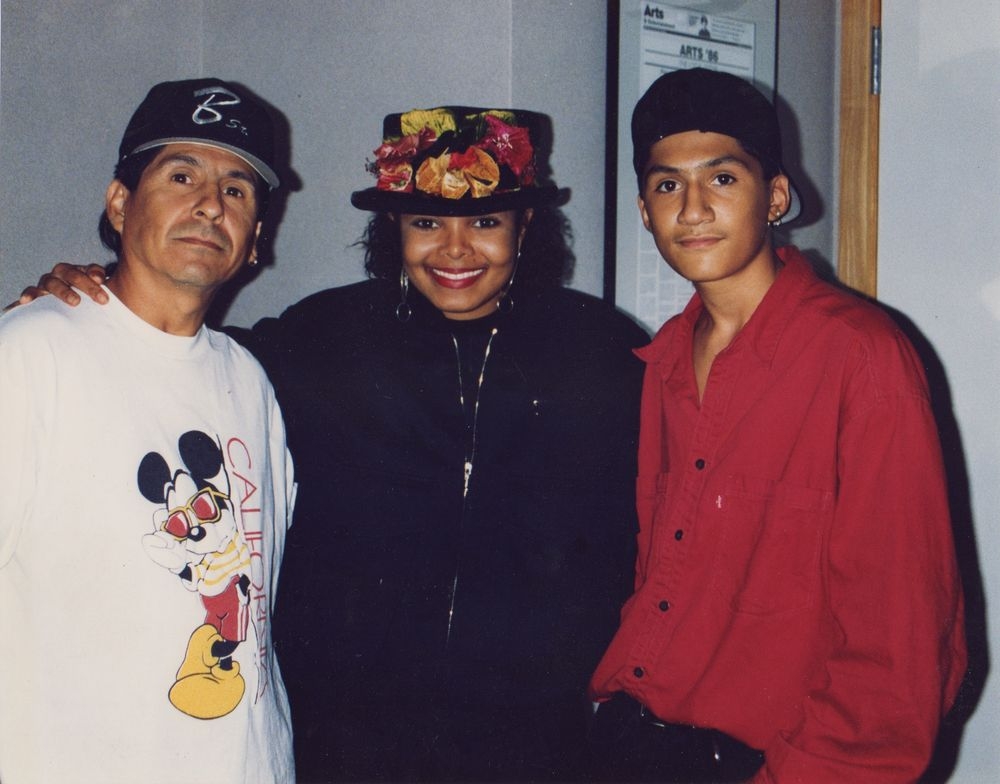 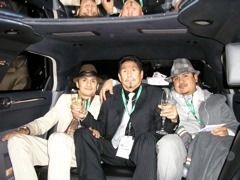 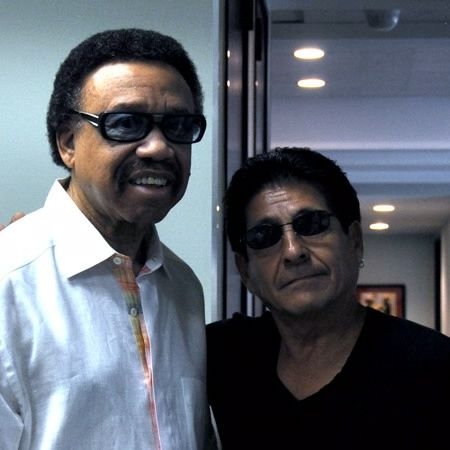 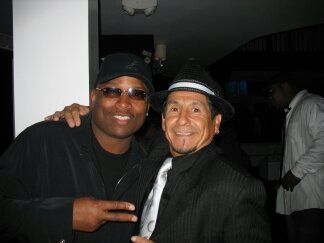 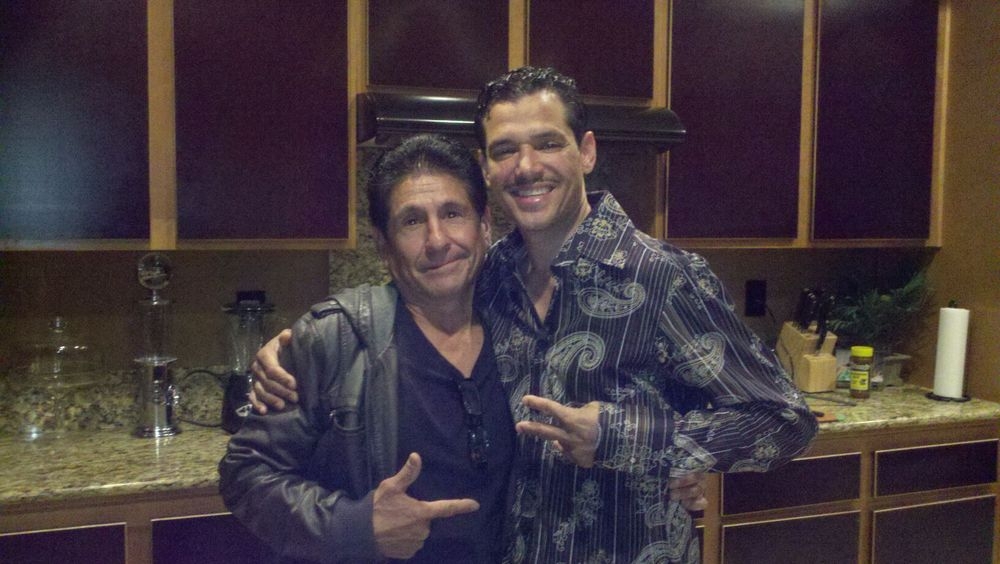 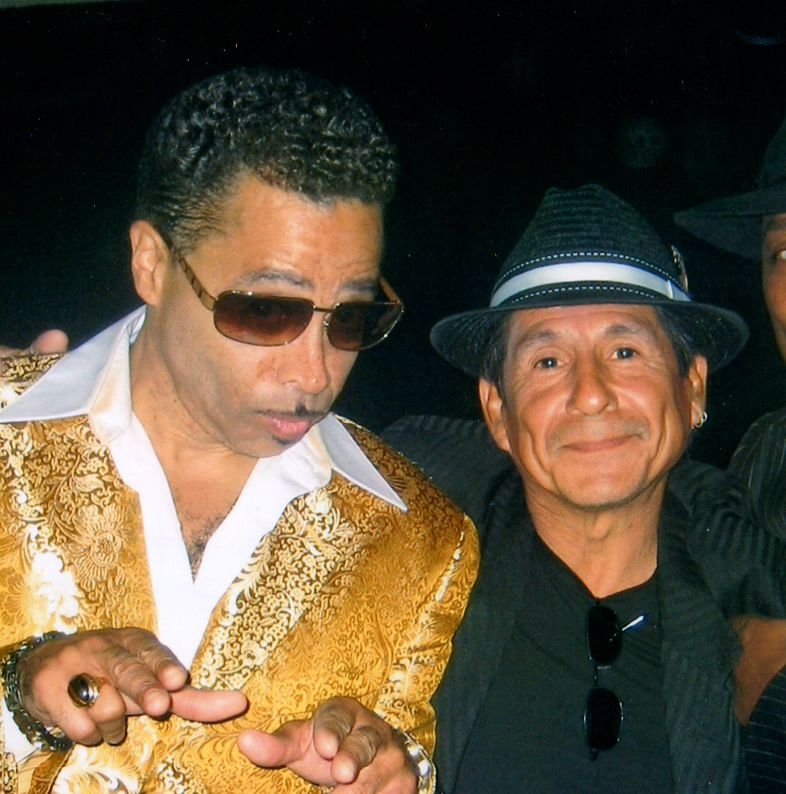 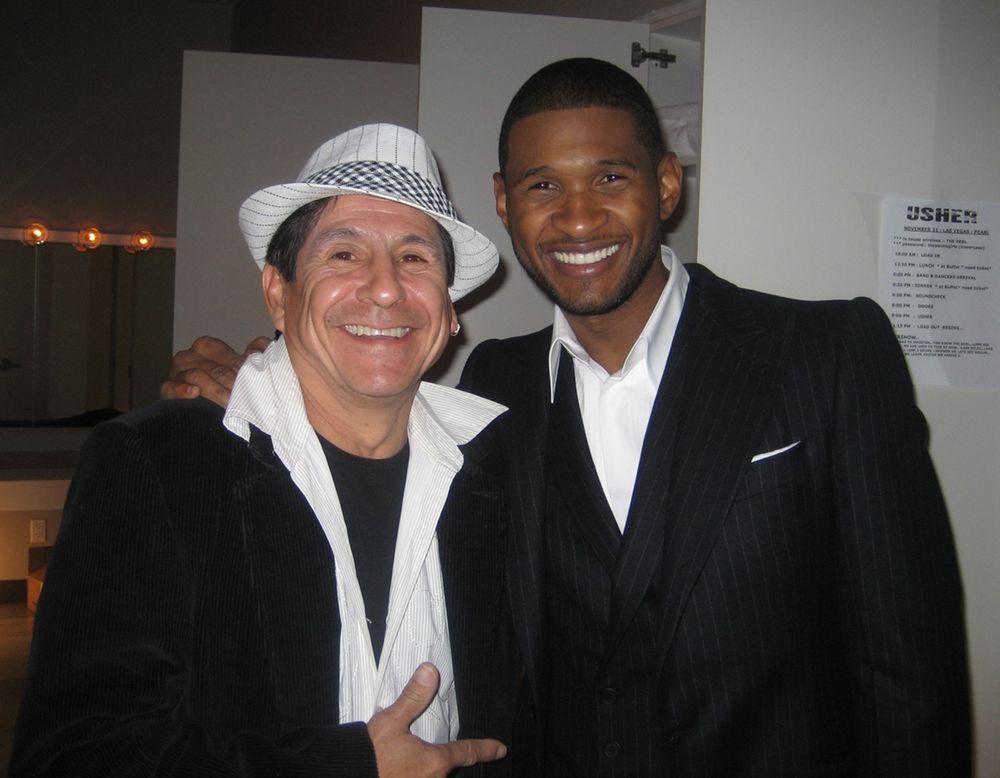 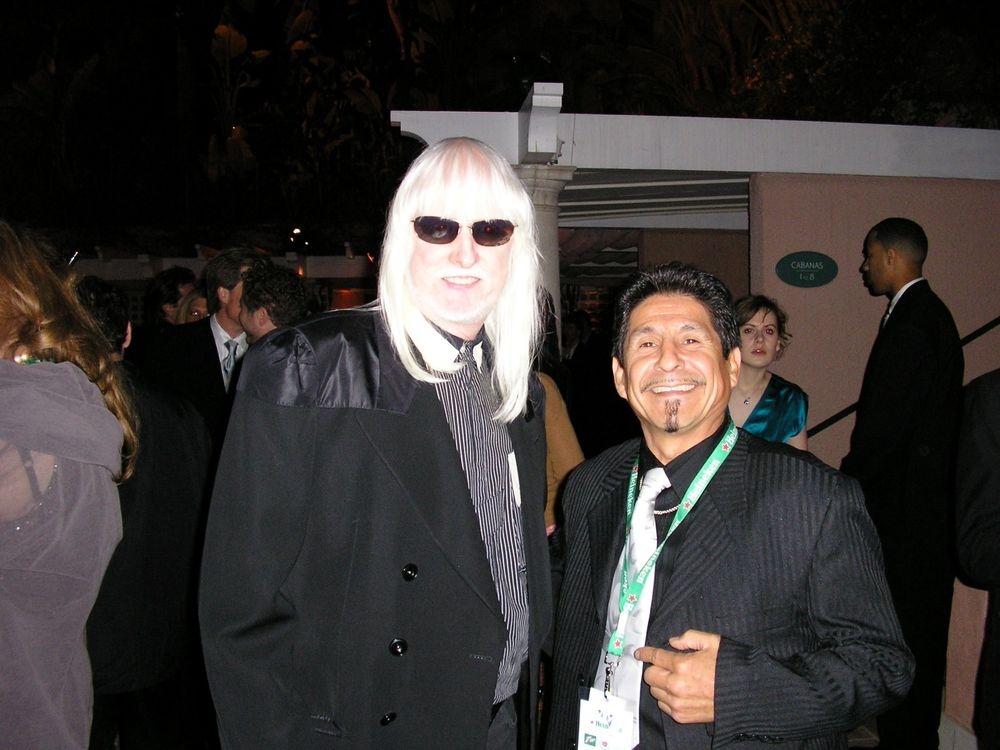 The Avila Brothers gave their father the dreams that he carried throughout his life, and he gave them the tools, the support, the love, and what it took to achieve and accomplish their passion for music; just as he and their Grandfather Ross did. This was just the beginning, so much more has taken place, and it's what you would call, Destiny; beyond anyone's imagination.

Continue to Scroll through the website and take a look at the journey the Avilas have taken?